Paramdoh Gram panchayat is located nearby ACC chanda cement mines area in Yavatmal district of Maharashtra having about 189 families are residing population of the village is about 734 as per 2011 census. In the village, formed the group of 10 farmers to collectively implementation of lift irrigation with the help of ACC chanda cement works under ACC- CSR project by Amhi Amchya Arogyasathit. The farmers group has to benefit from the lift irrigation scheme in 2014-15.

During the last years, the performance status in respect of actual potential utilization water use efficiency obtained by water auditing to formulate action to improve the overall performance of irrigation projects. As a result, potential utilization has improved. To bridge the remaining gap between the target and current achievement on utilization of created potential, preparation & effective implementation of comprehensive, consolidated action plan in the light of findings of water auditing is of prime importance. In Chandrapur district has led rapidly industrialization to the setting up of various medium and large scale industries coalfields and cement works providing employment opportunities to the local population. There is also raising various kinds of issues farming & its related issues. In 2014-2015, Amhi Amchya Arogyasathi and ACC-CSR take initiative to development of agriculture. In this village, 20 farmers are participated together to formed 2 groups of farmers for prepared lift irrigation to get sustainable source of irrigation. One farmers group has to benefit from the lift irrigation scheme in 2014-15.

Increase value of Crop production: This indicates 66.70 % crop production has increased of small farmers due to participate in the Lift irrigation system. Before that all the group members land was rain-fed so they would not get more production through this farm. Presently, that farm would have make more irrigated and get sufficient water to any kind of crop.

Major changes of Socio-economic Status: ➢ The group member families are happy to get more production due to lift irrigation scheme. ➢ Reducing the taking loan for the crop from the Money lender ➢ Improvement in standard of living and well celebrating their family programme ➢ The positive attitude has to seen towards the lift irrigation group of the other farmers. ➢ In this village also formed the second group of farmers for lift irrigation by getting inspiration from first group.


From Ideation to Impact 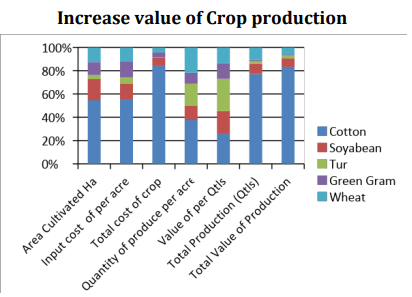 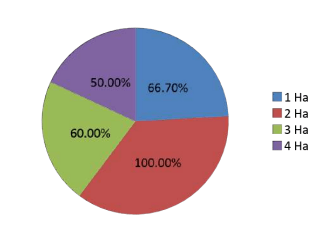 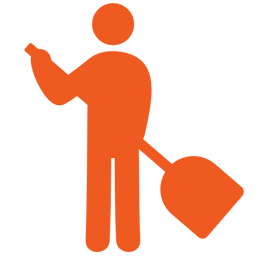 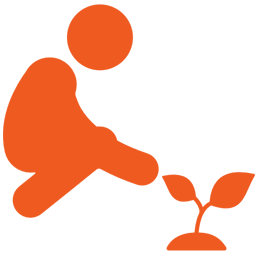 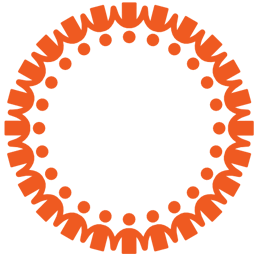